Alejandro Maclean (“Alex”) was born on August 6, 1969 in Madrid, Spain. From an early age, Maclean was fascinated with flying, building model airplanes and radio controlled aircraft.

He bought his first Ultralight when he was 18. It was in this Ultralight that he suffered his first accident attempting an aerobatic maneuver. Undeterred by the accident, Alex went on to become an accomplished aerobatics pilot. His aircraft of choice was the MXS, a high performance, single seat plane designed specifically for the extreme maneuverability required by aerobatics racers.

During his career, Maclean enjoyed significant success as a pilot, an aerobatics race developer and as a designer of performance modifications for MXS planes.

Maclean is most well known in the field of aerobatic performance racing. In 2003 he teamed up with Red Bull where he worked extensively on the development of the Red Bull Air Race World Championship Series, which has since become known as the “Formula One” of aerobatics races. In this international race series, competitors fly through a complex obstacle course and the fastest successful participant wins. The races are flown over water near metropolitan areas. Maclean was also a competitor in these races under the number 36 and carried the nickname “The Flying Matador”.

In addition to his work with Red Bull Air Race, Maclean became the captain of the Spanish aerobatics team in 2005. Along with fellow pilot, Nigel Lamb, he worked to accelerate the development of the MXS-2, the next generation in aerobatic aircraft based on modifications they had made with their technician. In 2010, he was awarded the prestigious Paul Tissandier Diploma, a prize awarded to those who have served the cause of aviation and private and sporting aviation.

On August 17th 2010, Alex Maclean suffered a fatal accident while training for an aerobatic Air Show in Casarrubios del Monte, Spain. He was 41. 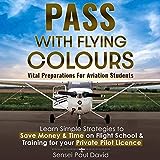