There are a surprising number of celebrity pilots in the UK, so if you find yourself doing a double take at someone who walks past you on the apron or in the aero club café it may be because they’re one of those people who have a Private Pilot’s Licence and are also well-known for other reasons.  Celebrity pilots in the UK are not as rare as you might think and in general aviation the chances are your paths will cross at some point.

Of course the thing about flying is that it doesn’t matter whether you’re famous or not, whether you’ve got millions to spare or if you’ve had to scrimp and save for an hour’s flying; the thing that counts is airmanship, your attitude, and your skills.  Flying is a great leveller in that respect.  The consequences of errors don’t discriminate.

“I didn’t have too many problems [on the PPL course]. Well, apart from the radio. I was rubbish at that. I can’t get my head around being that curt. When I’m talking to people I always say hello, goodbye and thank you, how are you, that sort of thing.”

This list of celebrity pilots in the UK includes people from the world of music, sport, and entertainment as well as other walks of life, and it’s not know whether they are all still current license holders.  There are a lot of musicians in this list and you’ll probably notice that there are very few women though that has already begun to change as more women take up flying having been inspired by those who have lead the way and championed women in aviation, like Carol Vorderman.

If you can add to this list of list of celebrity pilots in the UK or correct it in any way then please leave a comment beneath the post or let us know using this form.  If you’d prefer to watch the video version then proceed with the copy below.

“We go around in circles. We look out of the window. People leave you alone. No one can get in touch with you, which is why I do it; peace and quiet. It’s escapism.”

“It’s amazing. It’s something different. There’s nothing like a Yak 52, especially compared to the PA28. It’s a different animal.”

Pilots in The Royal Family

“I never thought I’d be able to master hovering a helicopter. There are just too many things to do.”

There are of course many more famous faces you might see emerging from a cockpit. Here are just a few of those celebrity pilots who have discovered the joy of flight. If you can think of any we’ve missed, let us know.

The Self-Improver: A Pilot's Journey
$4.85
Buy on Amazon
Bestseller No. 2

So You Want To Get An EASA Pilot Licence: How To Get an EASA Licence and How to Convert an ICAO licence to an EASA Licence. EASA Regulations in a Simple Format
$1.99
Buy on Amazon
Bestseller No. 3

The PPL Companion: 45 Lessons to Guide You Through Flight Training
$6.99
Buy on Amazon
SaleBestseller No. 4 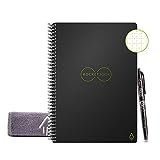 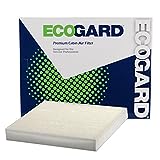 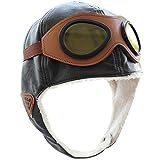 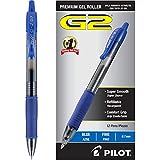 Our website is made possible by displaying online advertisements to our visitors. Please consider supporting us by disabling your ad blocker.

This website uses cookies to improve your experience while you navigate through the website. Out of these cookies, the cookies that are categorized as necessary are stored on your browser as they are essential for the working of basic functionalities of the website. We also use third-party cookies that help us analyze and understand how you use this website. These cookies will be stored in your browser only with your consent. You also have the option to opt-out of these cookies. But opting out of some of these cookies may have an effect on your browsing experience.
Necessary Always Enabled
Necessary cookies are absolutely essential for the website to function properly. This category only includes cookies that ensures basic functionalities and security features of the website. These cookies do not store any personal information.
Non-necessary
Any cookies that may not be particularly necessary for the website to function and is used specifically to collect user personal data via analytics, ads, other embedded contents are termed as non-necessary cookies. It is mandatory to procure user consent prior to running these cookies on your website.
SAVE & ACCEPT