What follows is a press release about the flights Tracey Curtis-Taylor made a few years ago recreating the journey made by Mary Heath from South Africa to England.

In November 2013 pilot Tracey Curtis-Taylor will embark on a grueling solo journey to fly Spirit of Artemis, her open-cockpit biplane, from Cape Town in South Africa to Goodwood in Sussex. And today at the Goodwood Revival Festival she was joined by Olympic Equestrienne Zara Phillips who gave her personal support to the trailblazing Aviatrix.

Her aim is to celebrate the 85th anniversary of the achievement of a remarkable pioneer from the Golden Age of British aviation in the 1920’s. In 1928, Mary Heath – the first woman to hold a commercial flying license in Britain – made front page news around the world as the first pilot, male or female, to fly a small, open-cockpit biplane from Cape Town to London. Zara Phillips, who was on hand to provide a personal send-off to Tracey, commented

“I am proud to support pioneering women and will be following Spirit of Artemis closely as Tracey Curtis-Taylor takes on Africa. Lady Mary Heath was an inspirational person both in terms of aviation and in developing women’s involvement in the Olympics, for which I am personally very grateful. It’s fantastic that Tracey is celebrating this wonderful achievement and taking on such a huge challenge at the same time in the classic spirit of British adventure that has defined our history.”

Flying Spirit of Artemis, an open cockpit plane exposed to the elements, is not for the faint-hearted, and the flight represents a formidable physical and logistical challenge. In all Curtis-Taylor will cover some 7,000 miles in some 32 legs over six weeks in a plane designed in the 1930’s, with a top speed of 85 mph, an operating ceiling of 10,000 feet and a range of only 400 miles. But this sort of extreme flying is what Curtis-Taylor has been doing all her life.

Tracey will leave for South Africa on Sunday September 15th from the Goodwood Revival Festival. Her plane will be shipped to Cape Town and reassembled at ExecuJet Africa’s facility, and on 1st November her flight will begin.

“My Cape Town to Goodwood flight is a personal tribute to all of the pioneering aviators who have been such a huge inspiration to me since I had my first flight as a sixteen year old. I am deeply excited – and terrified! – at the prospect of flying across Africa in Spirit of Artemis and retracing Lady Heath’s epic flight. This journey is the realization of something beyond a dream. It is a celebration of flight itself as the ultimate idea of adventure, romance and freedom.”

Tracey’s route will follow Mary Heath’s. It will take her from South Africa to Zimbabwe, Zambia and Tanzania, then on through Kenya, Uganda and the Sudan to Egypt and along the coast through Libya and Tunisia before she turns for Sicily and home.

“We’re delighted that Tracey has chosen Goodwood as the destination for her flight. In addition to being a renowned racing driver, my grandfather, Freddie March, was also an aero engineer and pilot, who built his own plane and served with the RAF in the Second World War. We celebrate that aeronautical history each year at the Goodwood Revival so it seems particularly appropriate that Tracey and her Boeing are here today and that Goodwood will be her ultimate destination after setting off from Cape Town.”

“Artemis Investment Management LLP is proud to be supporting Tracey Curtis-Taylor and her epic flight from Cape Town to Goodwood. Echoing the historic flight of Lady Mary Heath in 1928, it takes tenacity, dedication, resilience and a will of iron to fly such a route in such an iconic aircraft. We look forward to following Spirit of Artemis closely as Tracey crosses Africa alone in the spirit of great British adventure and look forward to welcoming her back to Goodwood.”

“ExecuJet Africa is delighted to be helping Tracey on her momentous journey. We look forward to assisting Tracey during her time in South Africa. We are will assist with the reassembly of Spirit of Artemis in our Cape Town facility and we will also be offering full support for the onward journey at our Lanseria FBO.”

Tracey’s entire journey will be the subject of a documentary, made by Nylon Films, to be screened in early 2014. More than just a story about a pioneering, but forgotten aviator, it’s a story about achieving your dreams and being unwilling to live life on other peoples’ terms. It’s about strength and vulnerability and having the guts and determination to refuse to be pigeonholed. 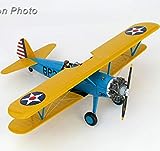 COMMERCIAL AND PRIVATE PILOT LICENSE: GUIDE FOR THE ORAL EXAM
£0.99
Buy on Amazon
Bestseller No. 4

The PPL Companion: 45 Lessons to Guide You Through Flight Training
£12.99
Buy on Amazon