In this post I’m going to explain why you should go for a flight in a gyrocopter and where where to fly in a gyrocopter in the UK. If you want to jump straight to the links then you’ll find them scrolling down to the bottom.

So far I’ve had two flights in a gyrocopter. The first was with Steve Boxall of @Pophamgyros when he was based in Old Sarum, Wiltshire, and before he moved the operation to Popham airfield in Hampshire. We took off on a cool June day a few years ago and enjoyed a very pleasant experience flying over Wiltshire and taking in some of the landmarks.

I loved both experiences and if I could afford to then I would learn to fly these wonderful machines. Meanwhile, why not treat yourself or someone special in your life to the same never to be forgotten thrills?

Gyrocopter flights are inexpensive when compared to other forms of flying. Gyrocopters are all autogyros (autogiros) and you may also see them called gyroplanes.

Contrary to what you may think, they are not mini-helicopters. They are aircraft in their own right with a particular set of flying and handling characteristics.

Many people will recall ‘Little Nellie’ in the 1967 James Bond film ‘You Only Live Twice‘. This was also my first encounter with a gyrocopter, but it was to be over 40 years before I had a ride in one. I did however, have a ride in a Bell47D helicopter that same year, but that’s another story.

‘Little Nellie’ was designed by a former Royal Air Force Wing Commander Ken Wallis and his legacy and influence lives on with the current generation of gyrocopter pilots.

Unlike helicopters, gyrocopters don’t take off and land vertically. They do need some room in which to perform a take off run and to land, but the they don’t need very much. Watch any gyrocopter land at an airfield and you’ll see what I mean. They are definitely STOL – Short Take Off and Landing – aircraft!

As with any aircraft their range varies according to the number of people aboard, size and power of the engine, and the wind & weather conditions. If a trial flight gives you the taste for more then you can start considering the path to obtaining a PPL(G) i.e. Private Pilot’s Licence (Gyrocopter).

As these aircraft are much less expensive to run you’ll find the cost of training substantially less than conventional fixed or rotary wing aircraft.

Closed cockpits are more cosy and there’s obviously less noise, and you can fly more comfortably in colder air. Each has its advantages so my advice is try both!

The great thing is that you’ll be flying at fairly low level, at about 1,000 to 1,500 feet, although these aircraft are capable of climbing much higher.

I flew with James Ketchell from Popham in Hampshire but there are gyrocopter flight experiences available in many UK counties; Devon, Doncaster, Essex, Kent, in the Lake District, Northamptonshire, Oxfordshire, Perthshire, Wiltshire, and Yorkshire.

For prices and details use the links below. Check them out, make some enquiries, and give it some serious thought.

I’ll bet that if you decide to go ahead you’ll be coming back to this post to leave me a comment telling me how much you enjoyed the experience. If it’s not for you but you know just the person who might like to have a go, please share this video with them.

Where to fly in a Gyrocopter

Touring on a PPL 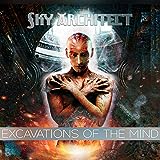 Gyrocopter
£0.79
Buy on Amazon
Bestseller No. 6 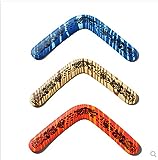 The Gyroplane Flight Manual for Gyrocopters and Sport Gyroplanes
£16.99
Buy on Amazon
Bestseller No. 10